The Connection Between Fear & Flexibility 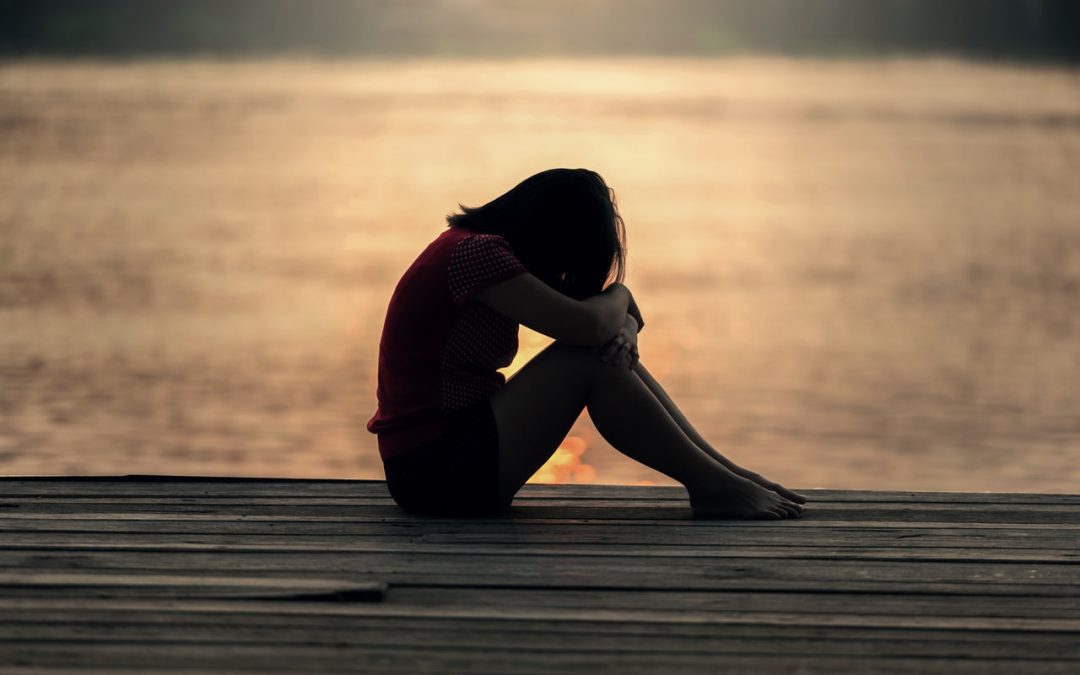 Fears and anxieties around Covid19 have become very real in our current adaptation to a “new” way of working, living, learning and playing. Children may be picking up on our fears and we might be resonating theirs. Behaviors may escalate because of this and this might be good and bad. Not so good if we have more meltdowns and frustration to cope with, but perhaps good in the sense that we are more available to witness our children’s fears and anxieties.

Let us start at the beginning though. Fears and anxieties are actually very normal in early child development. As children approach the age of 4, having accomplished an important phase of separating from the parent to stand autonomous in their sense of self, they are also getting geared for “growing up” and becoming a “big boy or girl”. This creates a natural developmental stage wherein children may have more nightmares, bad dreams and monsters in their closets. As they learn to trust their new found autonomy, they fear less and these occurrences fade. If your children are still in their developing years, they may feel your concern about current events more strongly than if they were a year or two older. If your child is atypically developing though, then their sense of autonomy is likely not established at these early developmental stages and they may hang onto their fears and anxieties for a much longer time. Some hide it well and simply move through life, never really being fully “present”, always vigilant. Others disguise their fears and anxieties through defensive attitudes, seemingly wanting to control others through their behavior, yet feeling very insecure underneath.

Fear is exacerbated in a child with anxiety. If a child’s fear response is not curbed in a co-regulated, affective way, it could manifest itself into more extreme forms of mental health behaviors such as anxiety disorders later in their life.

The Amygdala & The Fight, Flight or Fright Response

Fear is an emotion linked to the amygdala, the small region in the temporal lobe of the brain’s limbic center named for its almond shape. Feelings of fear start with an environmental stimulus that provokes stress. The central part of the amygdala (CeA) reacts to this stimulus by regulating the release of cortisol through the paraventricular nucleus of the hypothalamus, which is responsible for what I like to call the “fight, flight and fright response.” The fear works subconsciously in the body; only after a child experiences the fear can their logic return so they can think of what to do next, rather than fight it, run from it or remain fearful.

The amygdala is directly associated with conditioned fear, defined as “the framework used to explain the behavior produced when an originally neutral stimulus is consistently paired with a stimulus that evokes fear.”

For example, if a child is having a difficult time dealing with their learning environment, their anxiety about that could give rise to a conditioned fear. The child will associate new learning experiences with the first anxiety provoking experiences and begin to form fear responses to other seemingly innocuous experiences, which will confound their teacher and parent alike. The child is responding to associated memories in similar circumstances and essentially generalizing their fears.

Where Can A Child’s Anxiety Come From? 4 possibilities:

Having a fear response to a situation can cause a “normal” amount of anxiety with normal temporary fear responses. However, these feelings of intense anxiety or fear can become overwhelming for the child, and if this goes unrecognized and not addressed it can lead to the child exhibiting signs of an anxiety disorder.

Panic Disorder – characterized by panic attacks or sudden feelings of terror that sometimes strike without warning and could cause chest pain, heart palpitations, dizziness, shortness of breath and stomach upset.

Phobias – an irrational fear of places, events or objects.

In his Touchpoints book series, renowned pediatrician T. Berry Brazelton, MD (They call him, “The Baby Whisperer”) introduces parents to the touchpoints theory, which follows a child’s pattern of  “growth-new challenge-regression-recharging-and renewed growth,” and applies it to the cognitive, behavioral and emotional developments that occur in children from ages three to six. He and co-author Joshua D. Sparrow also share guidance for parents facing the pressure of helping their children cope with the stresses of contemporary life, such as how to make a child feel safe without instilling fear, cope successfully with different family configurations, regulate through over-scheduling or competition and more.

Dr. Brazelton makes it clear that it’s very normal for children to experience moderate amounts of fear and anxiety in their early development – and one of the ways they work out fears and anxieties for themselves is through play. In fact, play is so important to healthy child development that it is recognized by the United Nations High Commission for Human Rights as the right of every child.

The Role of Play in Early Child Development

Why is play essential to healthy child development? The three core principles that guide child development are: 1) supporting responsive relationships; 2) strengthening core life skills; and 3) reducing sources of stress in order to help children and families thrive. Play is an effective way of supporting all three of these principles.

According to a publication in Pediatrics, the official journal of the American Academy of  Pediatrics:

In addition to having an important role in healthy brain development, play allows children to develop a theory of mind and understand that another person’s thoughts may be different than their thoughts. Play also offers an ideal opportunity for parents to engage fully with their children.

How Does The Fear Response Relate to Flexibility?

When a child is responding to something with fear, their intent would be to find their comfort zone because they really don’t want to deal with a changing, unpredictable situation in the moment. Their parents may want to label the child’s behavior before it’s warranted (rigid, being inflexible, always wanting things their way, selfish), as their child’s response may seem extreme. Behavior usually is the outcome of what is going on underneath the surface. It may be that their child’s fear response is over exaggerated, which can be related to an anxiety trigger that can lead to inflexible behavior. It is a natural tendency in human behavior to want to control externally when we cannot feel in control inside. If the original anxiety is not addressed however, this may lead to forming habitual behavior patterns which may really be hard to break later.

When children are developmentally delayed emotionally, they weigh their fear against the reality of life versus their fantasy of life. For instance, if their parents get divorced before this milestone is cemented emotionally, they may feel their parents are getting divorced because of them. Maybe they remember their parents arguing about them before they learned of the divorce. Regardless of the reality of the situation between parents, the child will hold onto their fantasy about the argument and this becomes part of their subconscious system. Now, the child’s behavior is influenced by a fear that they have something to do with this big life event, increasing their experience of not feeling in control.

To return this type of rigidness to flexibility, parents can help their children return to a regulated state of acceptance and normal responses to fear.

If you put your thumb in the middle of your palm and then curl your fingers over the top, you’ll have a working model of the brain, he says. The forehead is at your knuckles and the back of your hand is the back of the head. Your thumb represents the amygdala tucked underneath your four fingers, and your wrist represents the brainstem from which the dorsolateral prefrontal cortex pathway (DLPFC) would commence. This pathway  is highly involved in the ability to understand the logic of a situation, the rationale behind things, the “why”.

If we encounter something we’re not expecting, we flip our lid (move four fingers straight up) exposing the amygdala (your thumb) making  our fight, flight and fright response available for these very primitive, impulsive response patterns. The pathway to our “thinking” brain’s logic has been severed and is not accessible for reasoning.

When a parent responds to their child’s fear, they usually want to appeal to their child’s logic. However, the child is in the fight, flight or fright response and the path to their thinking brain is not working. So first, the parent needs to close the prefrontal cortex and regulate their child down (close your fingers back into a fist to protect your thumb aka the amygdala), then access to your child’s logic may be restored. In essence, first normalize the emotion through your understanding and acceptance of that emotion with as little words as possible and wait for the “lid” to close the vulnerable Amygdala.

Calming their fears and anxieties can be done through using any type of co-regulated activity. For instance, use your emotional tone of voice to calm your child, acknowledge how they’re feeling, bringing warmth and comfort into your response to normalize their behavior. Once the child has calmed down, you can say something like, “Wow, that was a scary (sad, mad) moment. I like the way you calmed down. This “praise” for calming down brings a sense of accomplishment that supports the child’s autonomy as this memory will now feed into the next occurrence.

Nature Through Nurture – Be An “Amygdala Whisperer”

We must be very cognizant of the way we come across to our kids. Why? If the parents are high-strung and intense, you often see the same kind of behavior in their children or a behavioral response to the tension this creates. If the parents are more laid back and relaxed, their kids have more possibility to pick up on that and will tend to emulate it. No one likes feeling out of control and we should not assume that children get out of control because they “want to”. We want to feel this way, because their behavior makes us as parents feel out of control. How we feel in that moment, facing our child’s behavior has a direct correlation with what that child is feeling inside and no, the child does not have our ability to control it. Please do not feel guilty if you are not perfect. We all lose our cool from time and time and we learn from these experiences. What we are discussing here are patterns of behavior, established by too high frequencies of occurrence of perhaps misattunement between the needs of both parent and child. If you did lose your cool, simply go back to the child once your child has calmed down and give them a quick hug with these words: “Mommy/Daddy should not have lost my cool like that. I still do not like what you did, but know that Mommy/Daddy loves you.” This repair does more to fuel the child’s coping strategies as they build from your model. Of course, if this happens too frequently, the child may lose trust in your words over time.

Research shows that when children feel something, they feel it for at least a year before anyone ever knows they’re feeling it. They need time to work through what it is they’re really feeling.

As adults, we need to recognize that all children have anxieties and fears as they grow up, whether their early development is normal or they are developmentally delayed.

As they are building that foundation, it’s also our job to make sure they learn that normal anxiety could actually be helpful to them, during tough periods in their life, when they’re cramming for an exam and other experiences. If they start thinking that anxiety is their enemy, then life could become one constant timeline of rigid, inflexible behavior as self-protection.